Lived in Mayen, Cologne and Niederzissen.

Is presumably deported on April 26th, 1942, first to the transit camp in castle Brohleck and a few days later, on April 30th, via Coblenz to Krasnystow-Belzec.

Selma Eggener is born on December 6th, 1904, in Niederzissen. In 1937, she gets married to Norbert Treidel in his hometown of Mayen. The couple moves around between Mayen, Cologne and Niederzissen. In 1938, their daughter Hanna is born in Cologne. In October of 1939, the family moves in with Selma’s father in Niederzissen. The story goes that, on her way to the deportation train in 1942, pregnant Selma Treidel hands over her daughter Hanna to a pregnant woman from the town of Brohl called Schneider [first name unknown] – together with a print of a woman titled “MOTHER” from 1913. The final lines of the attached text say: “and [she] commits but this one injustice, to die and leave you.”

Selma tries saving her child’s life this way, but it is in vain. The next day, Hanna Treidel is picked up by the Nazis from the Schneider family, and it takes the personal intervention of then-mayor Stefan Devin to save Mrs. Schneider from being incarcerated in Dachau. Meanwhile, Selma Treidel and her family are deported to the east. Their exact subsequent fate is unknown.

Before being deported, Selma Treidel gave away the porcelain dogs to the then 10-year old boy next door, Hans Durben. In 2012, exactly 70 years later, Hans personally delivers the dogs to members of the heritage society, just in time before the inauguration of the synagogue as a memorial and meeting center. Today, the porcelain dogs are part of the permanent exhibition of the former Synagogue.

“I don’t need them anymore, we’re not returning anyway” – these words are supposedly spoken by Selma Treidel as she gives away this necklace to Maria Mies in Niederzissen in 1942, shortly before being deported. Shortly after the inauguration, Maria Mies’ son entrusts the necklace, which his mother used to wear for many years, to the memorial and meeting center. 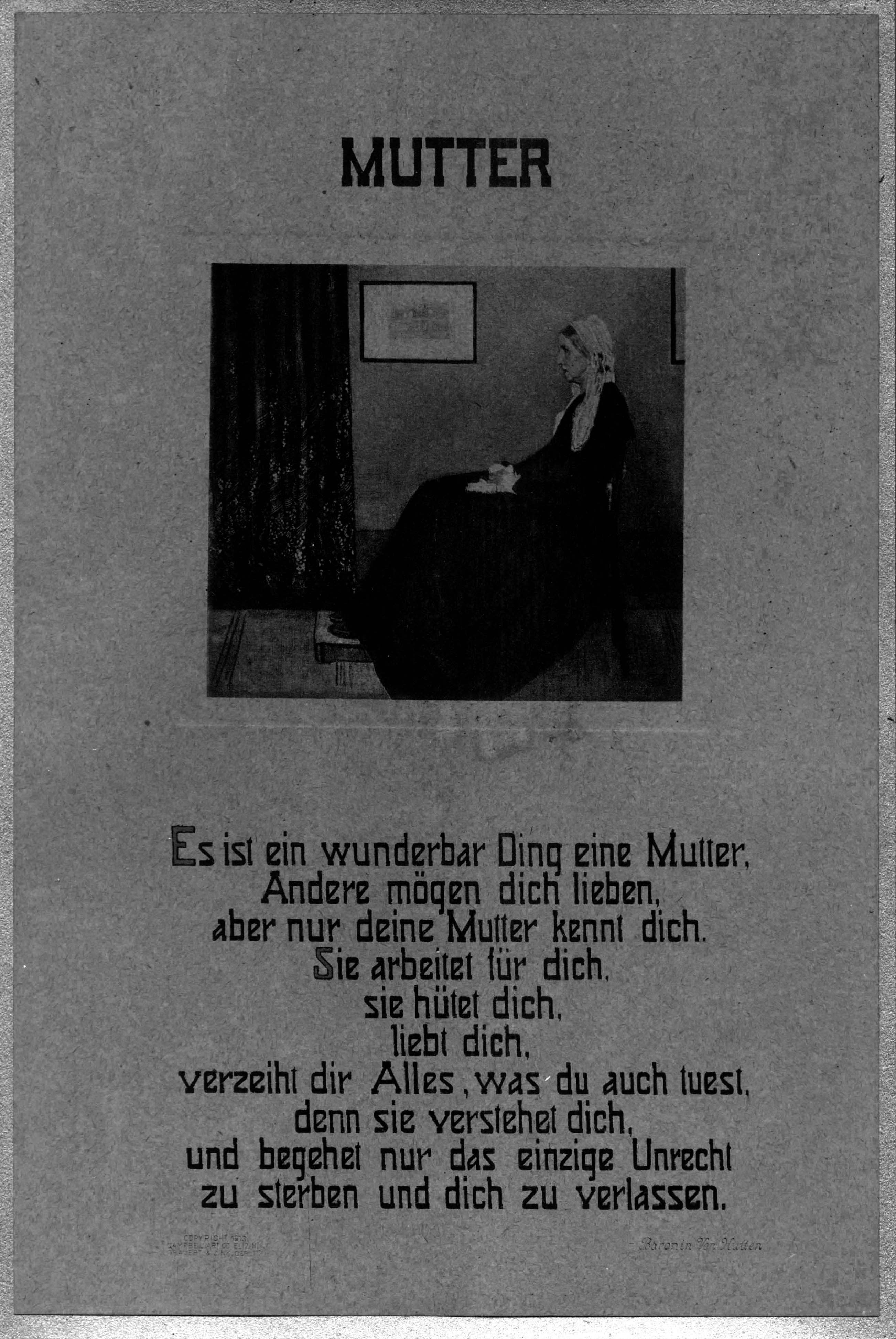 A wonderful thing a mother is.
Others may love you,
but only your mother knows you.
She works for you
cares for you
loves you,
forgives you, whatever you do,
and commits but this one injustice
to die and leave you.