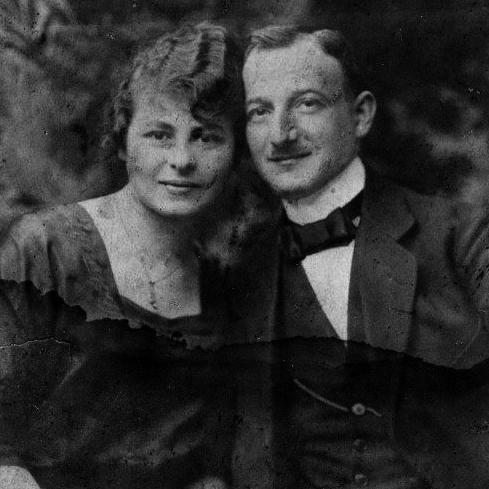 Julius Berger is the fourth child of Phillip and Jeanette Berger. He works as a house painter and is married to Josefine Eggene, a Glees native. They live in Niederzissen in the Untere Mühlgasse 185. Their twins, Sophia and Selma, are born in 1910, followed by son Artur four years later. Julius Berger is killed near the end of the First World War in 1918. About ten years later, Josefine and the kids move to Cologne. She rents out the house in the Untere Mühlgasse for some years, while still using one of the rooms there regularly, with reported hopes of eventually returning to Niederzissen once the Nazi regime is over. But Josefine and her three kids are not to see that that day. They are deported to the east and brought to the extermination camps. Josefine and her daughter Selma are declared dead in 1942 and Sophia in 1944, all in the Klumhof (Chelmno). Artur passes away in 1945 in the Austrian town of Wels, one day after being liberated from Mauthausen.

Abraham Bär is born on March 26, 1878 in Bischofswerder and later moves to Niederzissen (most likely as a journeyman), where he settles down and marries Sibilla Berger – called Billa – in 1901. The marriage produces four children: Julius, Bernhard, Paula and Erna. Bernhard dies only three days after being born in a surgical hospital in Bonn. His grave is found in the Jewish cemetery at the Römerstraße in Bonn. Abraham’s mother, Johanna Bär (née Itzig) and his brother Max (who dies young), later move in with him in Niederzissen, most likely after the death of his father Bernhard Bär. Abraham, like his father, is a trained shoemaker. His workshop and store are located in the house of his father-in-law Isaak Bär.
Abraham Bär fights in the First World War and is killed in battle in 1916 in France. He is buried in the military cemetery of Hautecourt near Verdun. His widow Billa keeps his shop going, with reports stating that she was beloved by the whole town. When the exclusion of the Jews by the Nazis is increasing, Billa Bär is said to have displayed her dead husband’s military decorations in the windows of his shoe shop, including his Iron Cross.

In 1937, her son Julius, who had moved to Essen before, emigrates to New York. Two years later, Billa and her two daughters follow suit, leaving Nazi Germany for England. According to her neighbor Hermann Josef Jeub, saying goodbye to Nierderzissen is exceedingly hard for Billa Bär. She dies on June 1, 1940 in England. 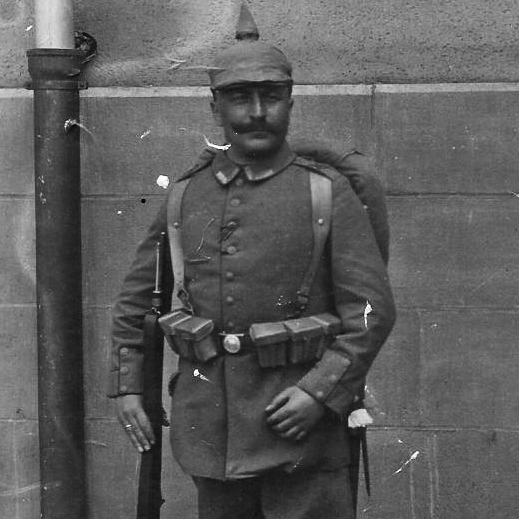 Albert Friesem, born on May 31, 1877 in Burgbrohl, is married to Louise Berger from Niederzissen, where they live until 1912. The couple has four children: Klara, Judith, Hermann, and Theo. After his father’s death, Albert takes over his parent’s butcher’s shop in Burgbrohl.

He is an officer in the II. Ersatzbataillon (a replacement battalion) in reserve infantry regiment 28, 4thcompany. He dies from a bullet wound in a military hospital in France. His grave is found there on the military cemetery in Carvin. In 1937, Louise Friesem dies in Burgbrohl. Klara, Judith and Hermann are all killed by the Nazis. Theo Friesem manages to emigrate to Palestine, where he survives.