Jewish girls are accepted into the community after four weeks by naming in the synagogue, Jewish boys on their eighth day by circumcision. Until the 20thcentury, it is customary to clean the cloth used during circumcision to swaddle the infant, cut it into pieces and sew it into a sash. This so called “Wimpel” is decorated with the date of birth of the boy and important steps of his life. It is then used in the synagogue as a Torah binder. In some places, this tradition is being revived today. 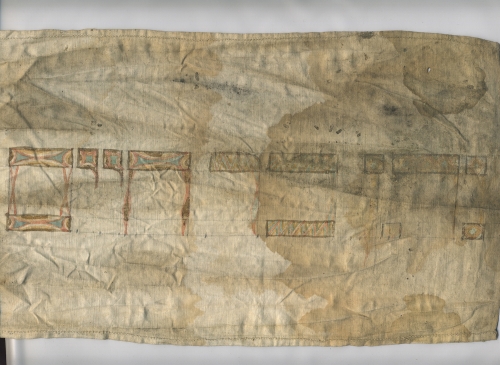 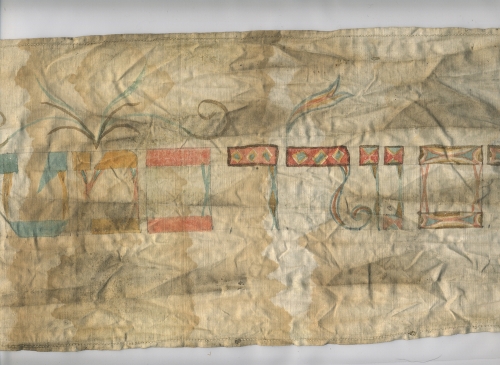 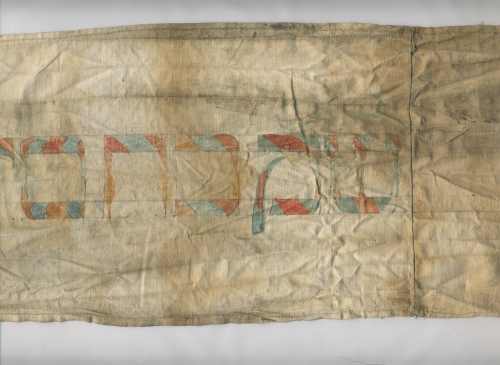 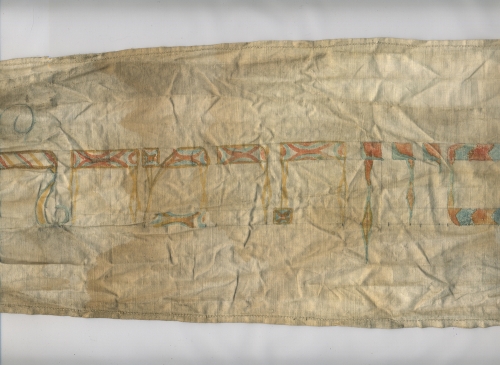 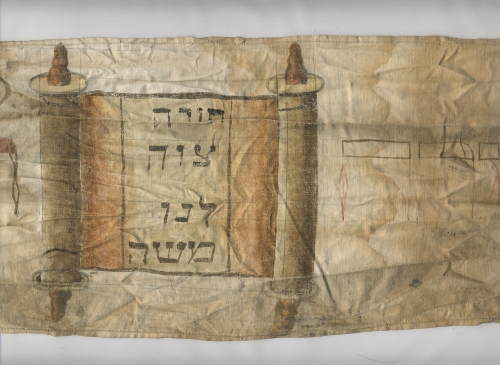 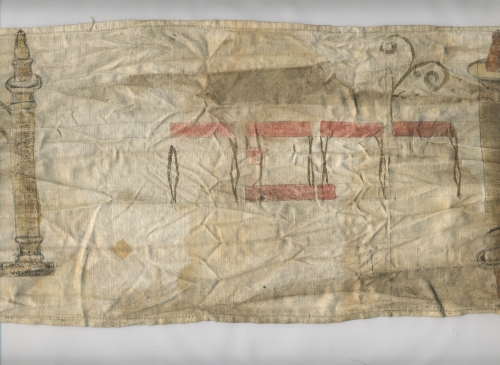 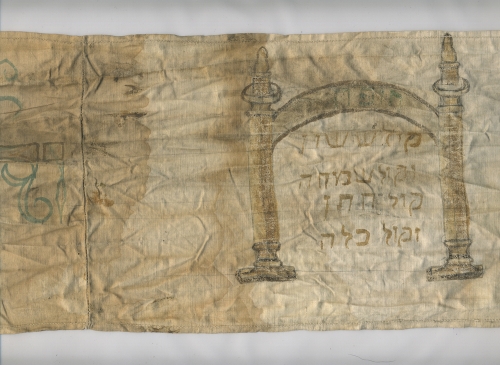 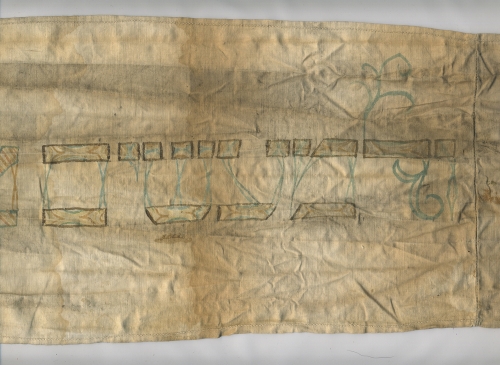 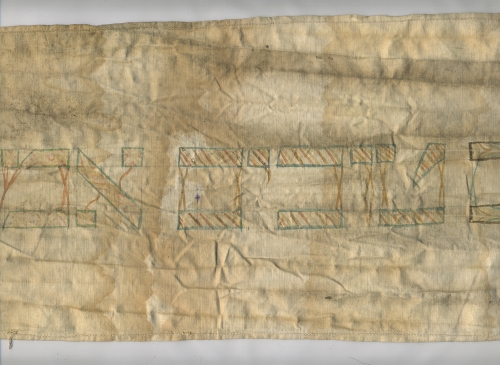 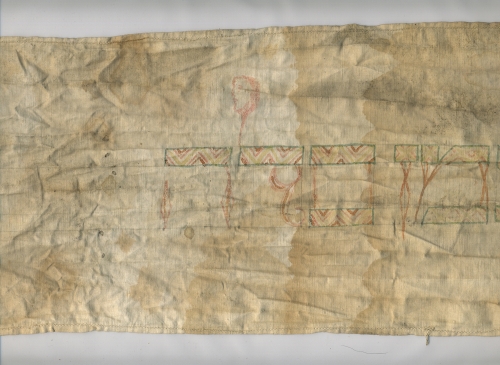 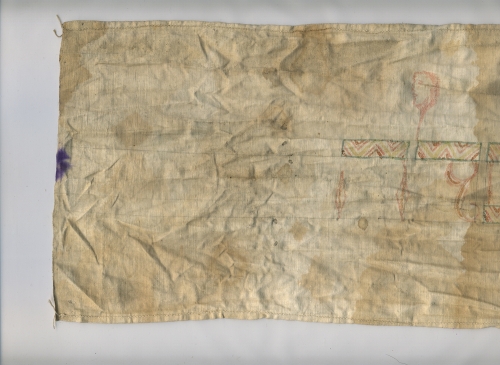 There are many such Torah binders among the textile finds, of which six are still fully intact, with twenty more remaining in fragments. The oldest one dates back to 1633. They are mostly embroidered. Three are painted, such as the one of Nathan bar Chajm shown here, which is still in good condition. The formulaic inscription of the Hebrew banderole translates to: “Nathan, son of Chajim, born under a lucky star on the holy Sabbath on the 28thday of Siwan, in the year 648 by the abbreviated era [7thof June, 1888], may the Lord let him grow up to the Torah, to Chuppah, and to good deeds. Amen Sela.”

The Wimpel is decorated with common visual symbols: The depiction of the Torah scroll symbolizes the hope that he, Nathan, will become a pious member of the congregation. The wedding canopy (Chuppah) stands for coming marital happiness and hopes for progeny. The depiction of the law tablets is more unusual: The tablets are commonly considered a symbol for the Five Books of Moses (the Torah). Because of that, it can be assumed that the tablets point to Nathan’s birthday on a Sabbath – since on this day, during the Sabbath service, text from the Torah is read.