Amulets are texts on parchment which are attributed with healing and protective powers. They are supposed to bring good luck and protect from evil in general, and particularly protect the newborn and heal the sick and the infertile. They were commonly placed above the bed. Despite the Torah prohibiting the use of magic, amulets were very common in Jewish folk belief up until the 20thcentury. Popular Jewish belief blamed the demoness Lilith for high infant mortality and hoped the amulets would protect both the infant and the mother. The protective text invokes the prophet Elias to help and quotes psalm 121. 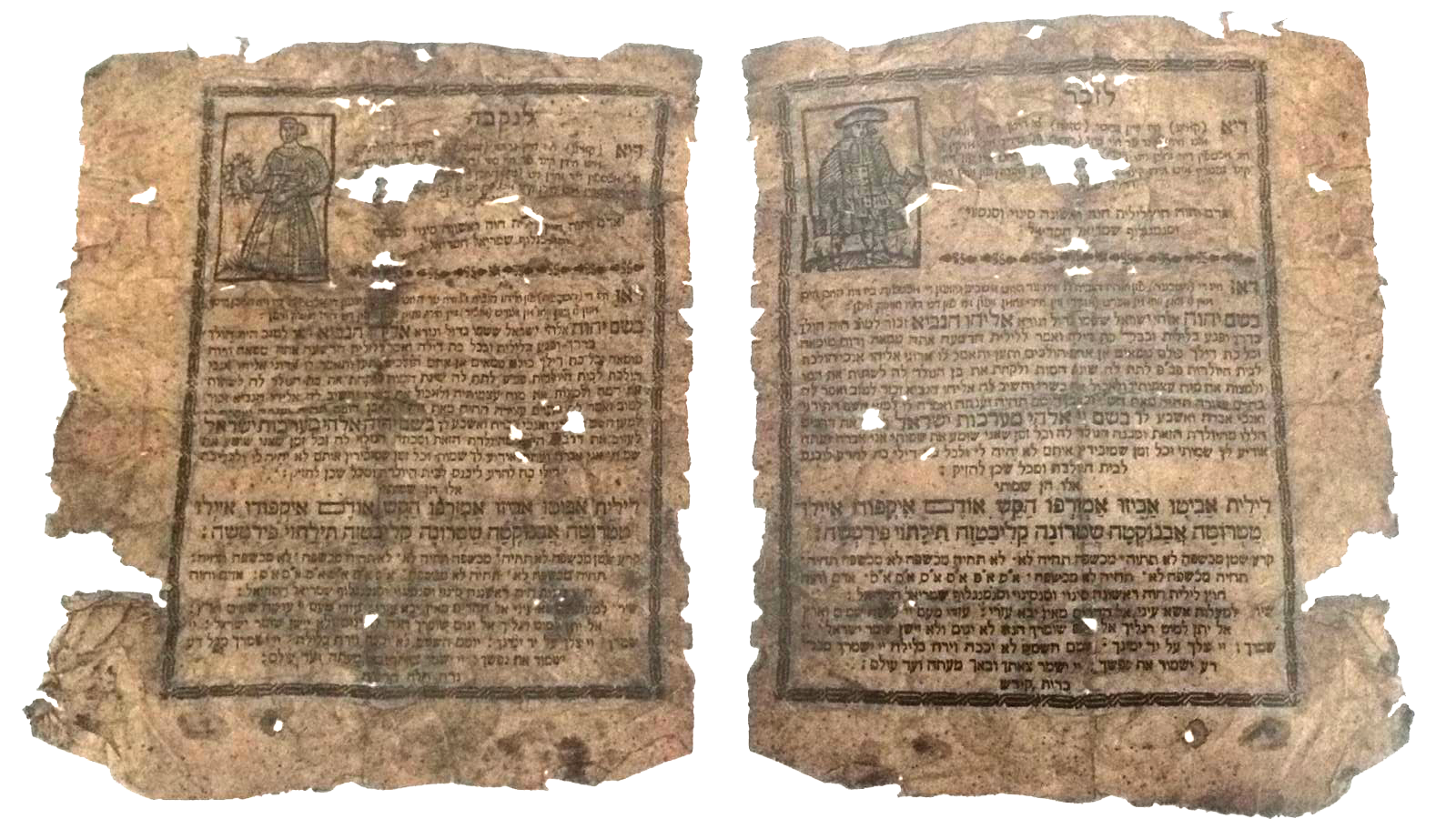 The Genizah in Niederzissen contains some examples of the folk belief prevalent in the region. One of these is this double-sided amulet. It was used to protect either a female or male infant. One side contains protective formulas for newborn girls, and the depiction of a bride with a bridal wreath points to the forthcoming happy future of the girl as a wife and mother. The other side of the amulet contains protective formulas for a son, showing a young man with a book as a sign of his coming erudition.