Jewish religious life follows its own calendar, with fixed dates for holidays and memorials. The months and their names differ from those of the Gregorian calendar which is commonly used worldwide.

The Jewish year starts on the first of the month of Tishrei. This is either in September or October, as the Jewish calendar is lunisolar, counting solar years but lunar months. A leap month is added in a set rhythm, to keep the discrepancies from the solar year relatively small. The Jewish year can be calculated by adding 3760 to the Gregorian year count. This number equals the sum of all lifespans mentioned in the Five Books of Moses (the Torah). 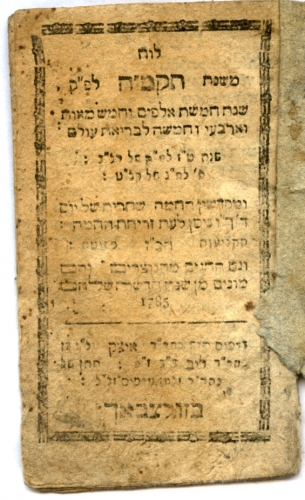 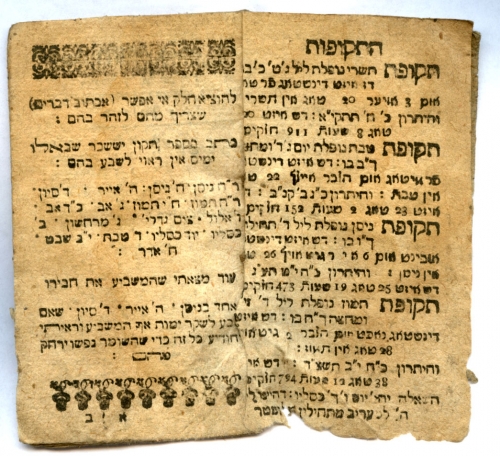 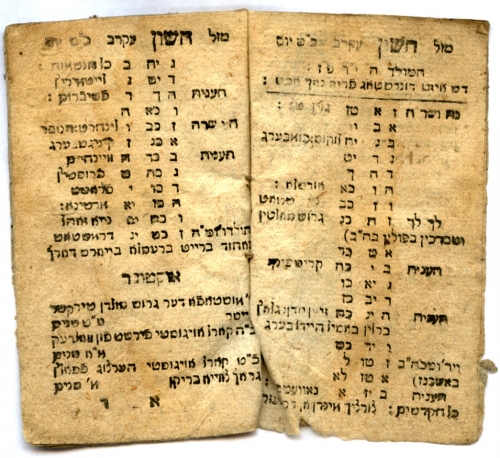 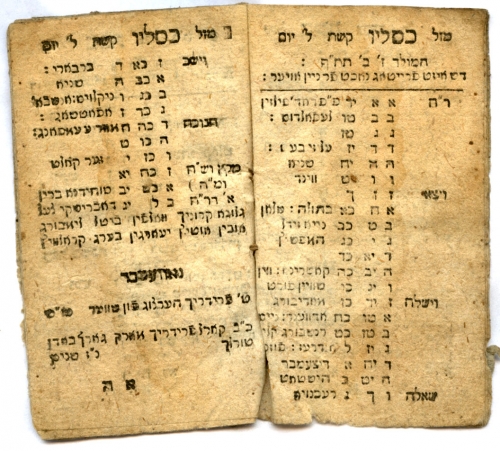 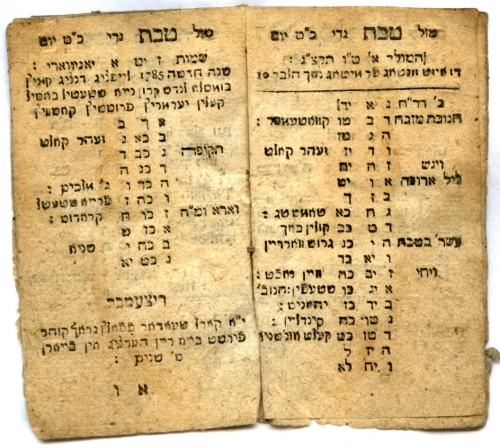 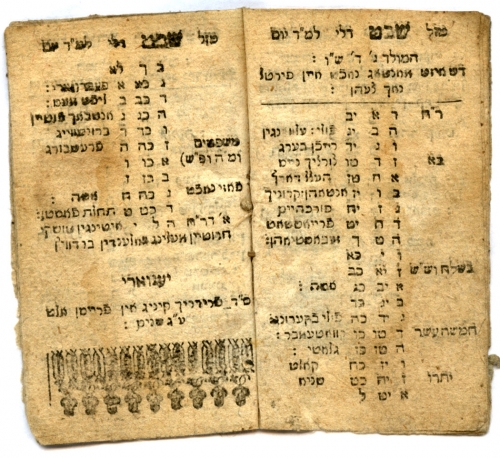 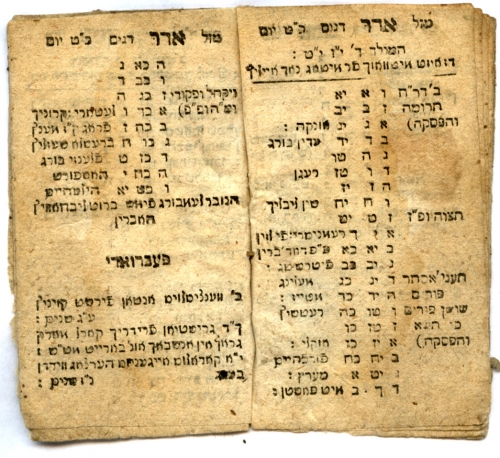 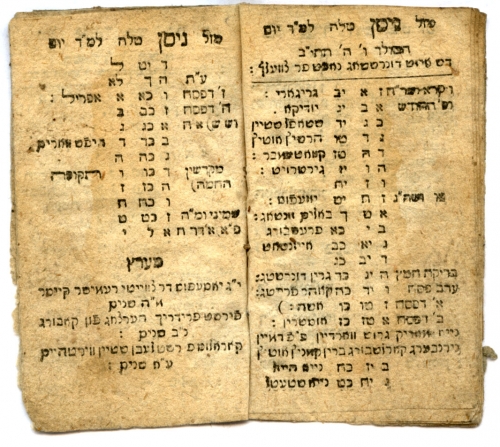 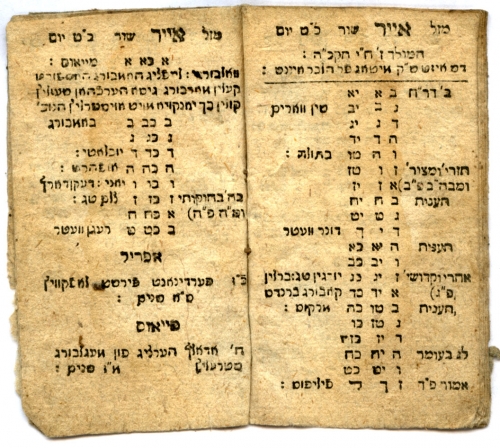 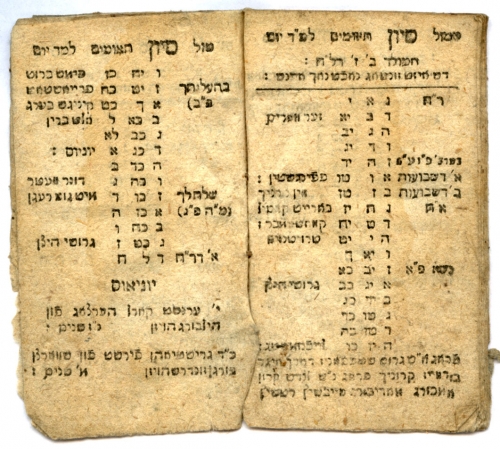 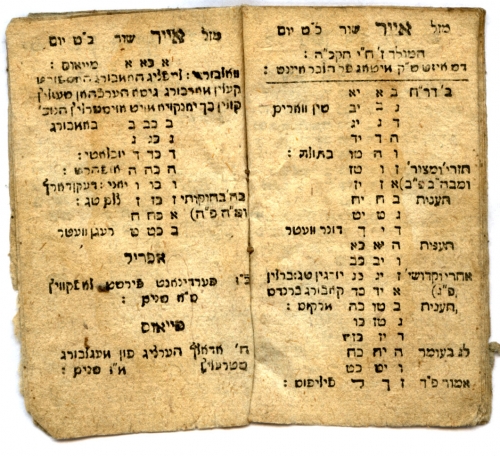 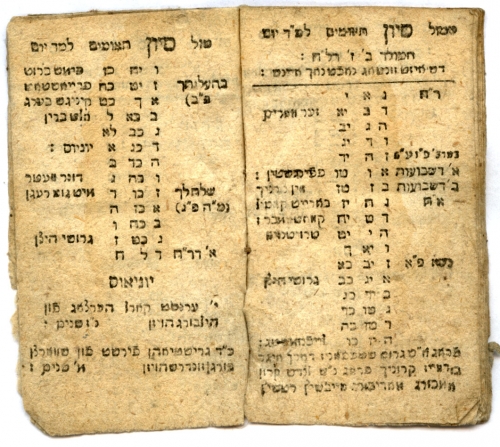 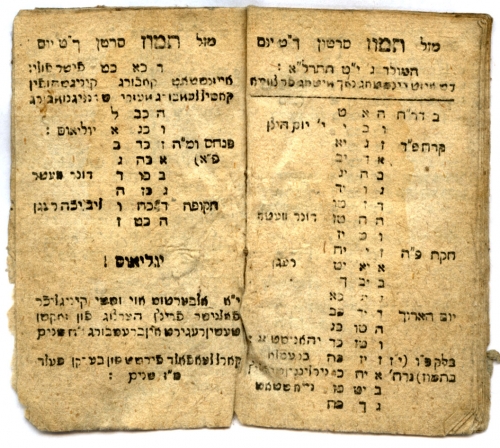 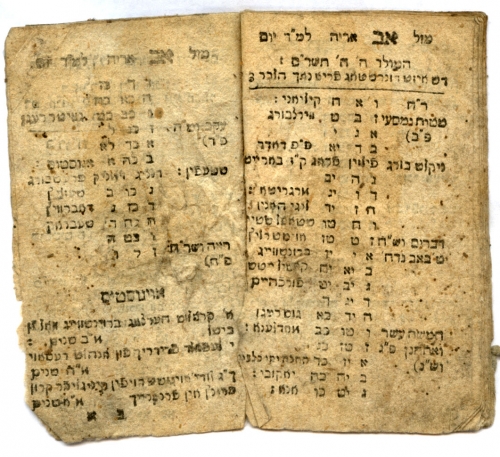 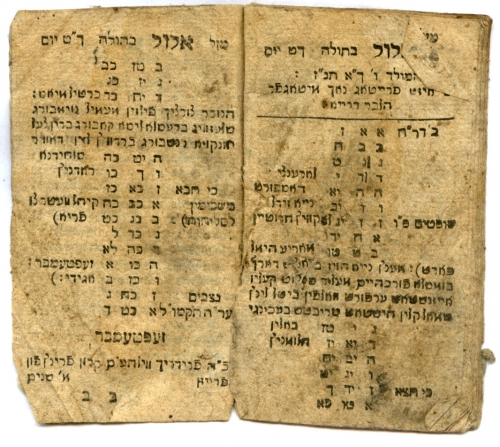 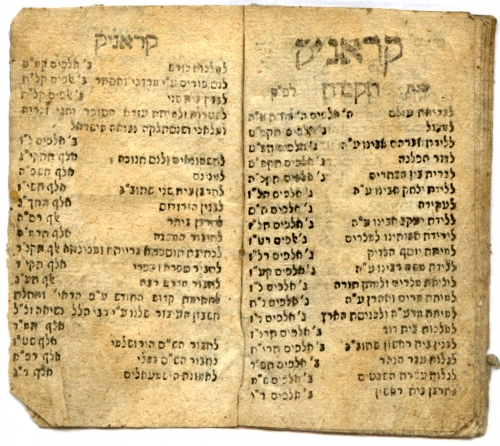 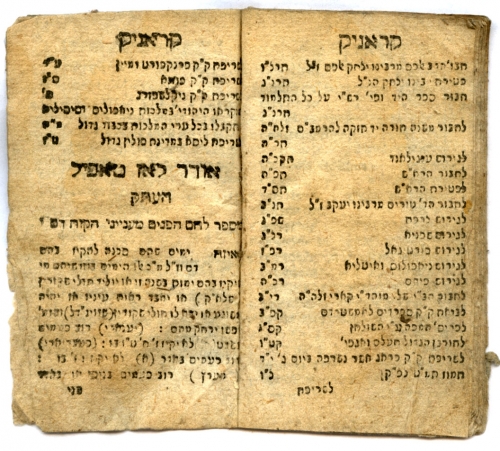 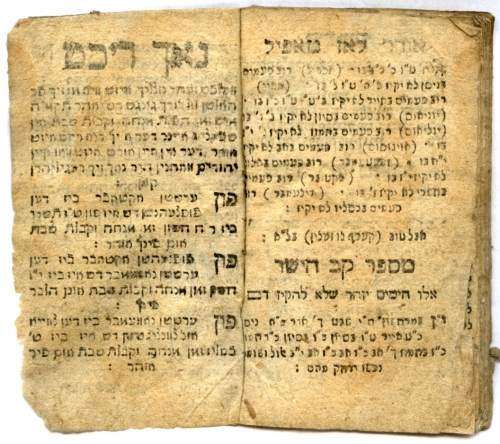 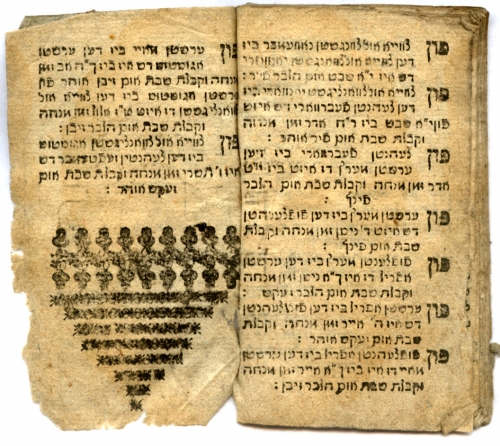 More than a hundred almost completely intact Jewish calendars were found in the Genizah. Seeing how printed works are usually only put into Genizot as fragments, this is rather unusual. Jewish pocket calendars provided important guidance for Jewish traveling salesmen back in these days, as they gave a compact overview over all Jewish prayers and rituals, the dates of all Jewish holidays as well as information about the start and end of Sabbath in any given week. Beyond that, they also included additional information about local markets and fairs (as is the case here for Brunswick), Christian holidays and even the birthdays of local rulers.