A Mezuzah is a small case (which can be decorated) containing a parchment with the handwritten Jewish creed (Shema Yisrael). It is placed tilted upwards, in the upper third of a righthand doorpost (looking inward). This rite traces back to verses from Deuteronomy 6:9 and 11:20, which state “and thou shalt write them upon the door-posts of thy house, and upon thy gates.” On the back of the parchment, the word “Shaddaj” is also commonly written, a Hebrew abbreviation for “Guardian of Israel’s doors” – meaning God. Mezuzot are found on all entryways into living spaces and rooms in which dining is permitted.

The Genizah contains more than 35 discarded creeds from Mezuzot, but only one wooden case, which is adorned with carvings of neutral plant décor.
The number of prayer texts is higher, as those texts were inspected regularly, and replaced in cases of damage or discoloration. Damaged cases are also placed in a Genizah, but such damage occurs much less frequently. 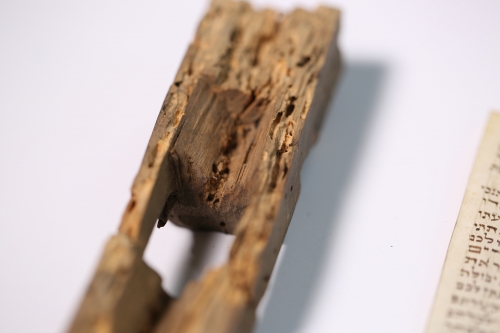 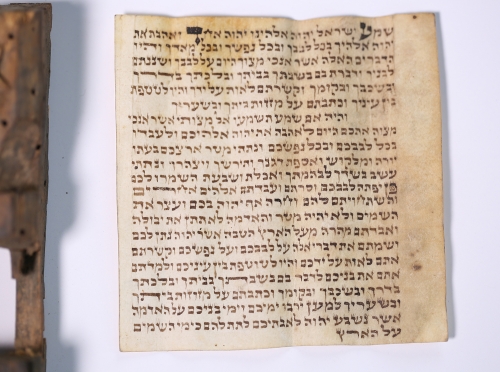 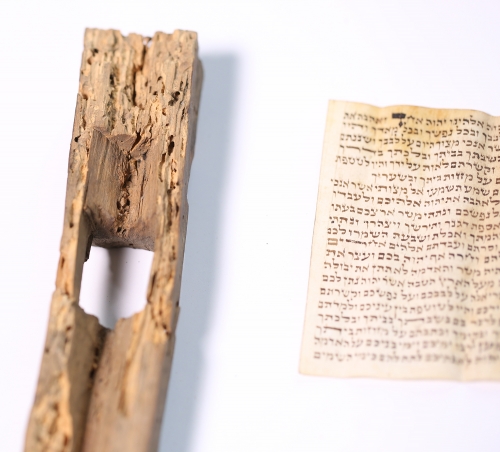 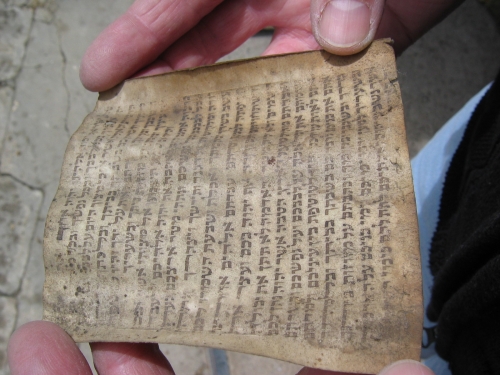